This initiative of farmers has been recognised nationally and internationally. GCMMF (Amul), has won Srishti's G-Cube (G3-Good Green Governance) Award 2010 in "Service Category" for fourth consecutive times. This "Amul Green" movement has also been awarded by International Dairy Federation for best environment initiative in the "sustainability category". Entire programme is initiated & executed by 30 lakh milk producer farmer members of the dairy cooperatives in 15,000 villages of the state. Each member takes oath to plant saplings and ensure that it grows in to a tree.

Milk producers of Gujarat is not only producing milk, but by this green initiative, they are demonstrating their concern & commitment for betterment of environment. 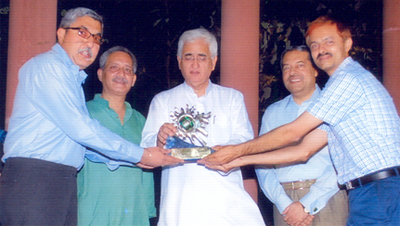