Milk Producer members of Gujarat Dairy Cooperatives- better known as AMUL have been celebrating the nation's Independence Day in a novel manner by planting lakhs of saplings across Gujarat and have taken up an ambitious plan to save the environment by planting trees, making India green and thereby reducing the effects of global warming. The milk producers of Gujarat Dairy Cooperatives are conducting mass tree plantation drive every year on Independence Day for last thirteen years. In last thirteen years (2007 to 2019) the milk producers have planted around 733 lakhs trees). The most striking feature of these entire programmes was that it has been initiated by milk producer members of the dairy cooperatives. The unique fact about the programme was that the milk producer members took up the oath to protect tree saplings till it survives and grows into tree.

Over the years, due to intensive agriculture and dairying various natural resources are getting consumed at faster pace in Gujarat state of India. The state level apex body of dairy farmers in Gujarat gave a serious thought in this direction and discovered a novel idea for giving back to nature. The idea was "one member one tree" plantation on our 60th Independence day - 15th August 2007. To put this idea in to the practice a design team constituting of representatives of member unions were formed. The team accepted the idea by heart and immediately decided to spread it among farmer members of village dairy cooperative societies. Then the idea was communicated to farmer members and they all welcomed it and enthusiastically agreed to implement the idea.

For smooth implementation of the idea, the design team chalked out the road map for various activities. Execution teams were formed at district union level to give final shape and put the plan in action. Village level coordinators were identified and they were trained to streamline activity of tree plantation. Various awareness materials were prepared. Through various communication media farmer members were made aware of benefits of tree plantation and tree plantation activity schedule. 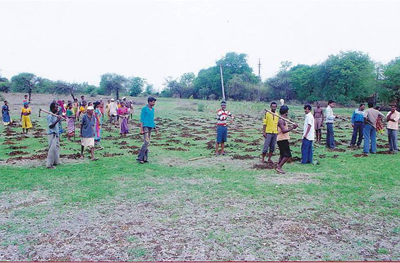 The entire plantation activity was coordinated at all the three tiers of Anand pattern - at village, district and state level dairy cooperatives. On 15th August, 2007, after the flag hoisting ceremony, each member took an oath to plant saplings and ensure that they grew in to trees. Then individually they planted sapling on their own at their identified locations like their farm, near their home, on Farm bunds, etc. They have taken necessary care to ensure that this sapling survives and they also reported regarding the survival to village level coordinator and district milk unions after five months. In this way, 18.9 lakh trees were planted on 15th August 2007. This was just the beginning. Henceforth, the Village Dairy Cooperative Societies of Gujarat as a mark of respect for our nation decided to conduct such event on every Independence Day and accepted 15th August (Independence Day) as a "Green Revolution Day by Afforestation to Protect Mother Earth from Pollution, Climate change and Global Warming"..

But all this required immaculate planning and execution. An action plan of tree plantation programme was drawn up months back in advance. After the identification of the chief coordinator for each district milk union, the organization of a task force for the programme was put in place. Roles and responsibilities were assigned to each member and area of operation allocated. After preparing the overall action plan, each union issued a circular to the Dairy Cooperative Societies regarding the programme and arranged meetings with the societies covered. At the village level, coordinators were identified in respect of the villages to be covered and the number of saplings required. Along with logistical arrangements direct contact was established with different agencies for receipt of saplings. Pointwise methodology for implementation of tree plantation programme on such a mass scale is as following.

Point wise Methodology of execution of programme is as following:

In year 2009 and in year 2010, in mass tree plantation programme around 84.24 and 83.5 lakhs tree saplings were planted respectively. The programme was conducted on "One member, Five tree" basis. Further, this year 2011 around 72.6 lakhs trees were planted, the programme was carried out as per the same process and procedures followed in previous year. 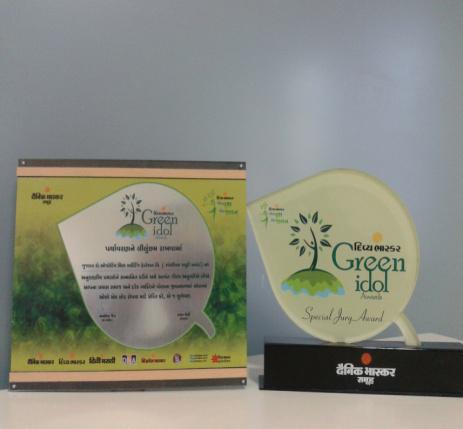 In the year 2014, Amul green movement was honored with the Hercules Category Award by Gujarat Innovation Society. 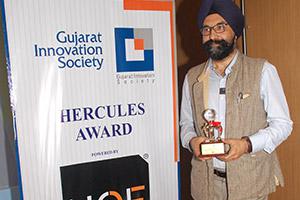 It has been estimated that when one tree is cut, in monetary terms there is loss or Rs. 33 lakhs (Oxygen worth of Rs. 5.3 lakhs, Land Fertility of Rs. 6.4 lakhs, Rs. 10.5 lakh for reduction of pollution of atmosphere and Rs. 5.3 lakh towards Flowers / Fruits and habitation to birds - animals). But the benefits that accrue to mankind when a tree is planted cannot be measured in money and is priceless.

The producer members of GCMMF have really set an example for all the cooperatives and other institutions to turn India green in the era of Global warming and environmental crisis.

When 3.6 million dairy farmers of Gujarat have planted 733 lakh trees in just ten years and are planning to plant more trees every year, they are doing an invaluable - truly Amul - service to the society.

In an era of global warming, Amul is contributing its share in making Gujarat lush green. In this way, the milk producers of Gujarat are ushering in a silent revolution of greening Gujarat.