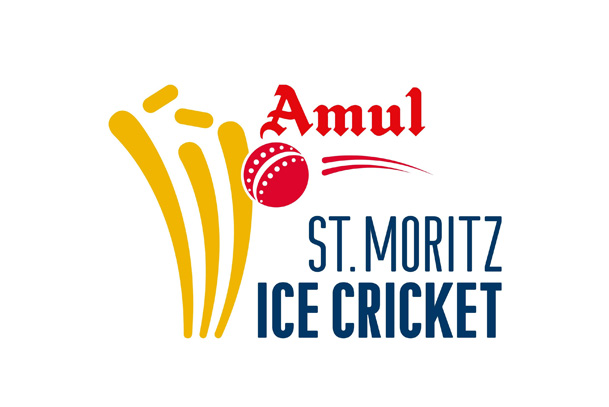 The Gujarat Co-operative Milk Marketing Federation (GCMMF) - India's largest co-operative federation that markets brand Amul - for the first time has collaborated with the St Moritz Ice Cricket Tournament which will be held in Switzerland on February 8 and 9.

The two-team T20 tournament that will be held in the Swiss Alps have enlisted former cricket stars from across the globe to compete in the event. Virender Sehwag and Shahid Afridi have been named as the captains for the tournament billed as "best battle of cricket on top of the world".

Apart from Sehwag, there are five other Indians in the team named Diamonds. Former Pakistan all-rounder Afridi will lead Royals.

The pitch consists of an artificial turf carpet laid out on a snow field. Although ice cricket has been played in St Moritz for 25 years, this is the first time the event has garnered renowned cricketers as participants.

The St Moritz lake freezes into an extremely thick layer of ice in winters which is then is covered by soft falling snow. This process enables the lake to withstand more than 200 tonnes of weight, which makes it perfect for sports.

"Since the last five years, we have been supporting all Indian contingents to the Olympics, the Asian Games and the Commonwealth Games. This is for the first time that we are associating with the St Moritz Ice Cricket Tournament as title sponsors," said GCMMF's managing director R S Sodhi.

The dairy giant will leverage the correlation between the energy of milk and sports through this partnership.

"Milk as a source of energy is dear to every sportsman. Hence, this is an apt association of a dairy brand like Amul with sports," said Sodhi, adding that the tie is in sync with the brand's proposition.
Source : Times of India